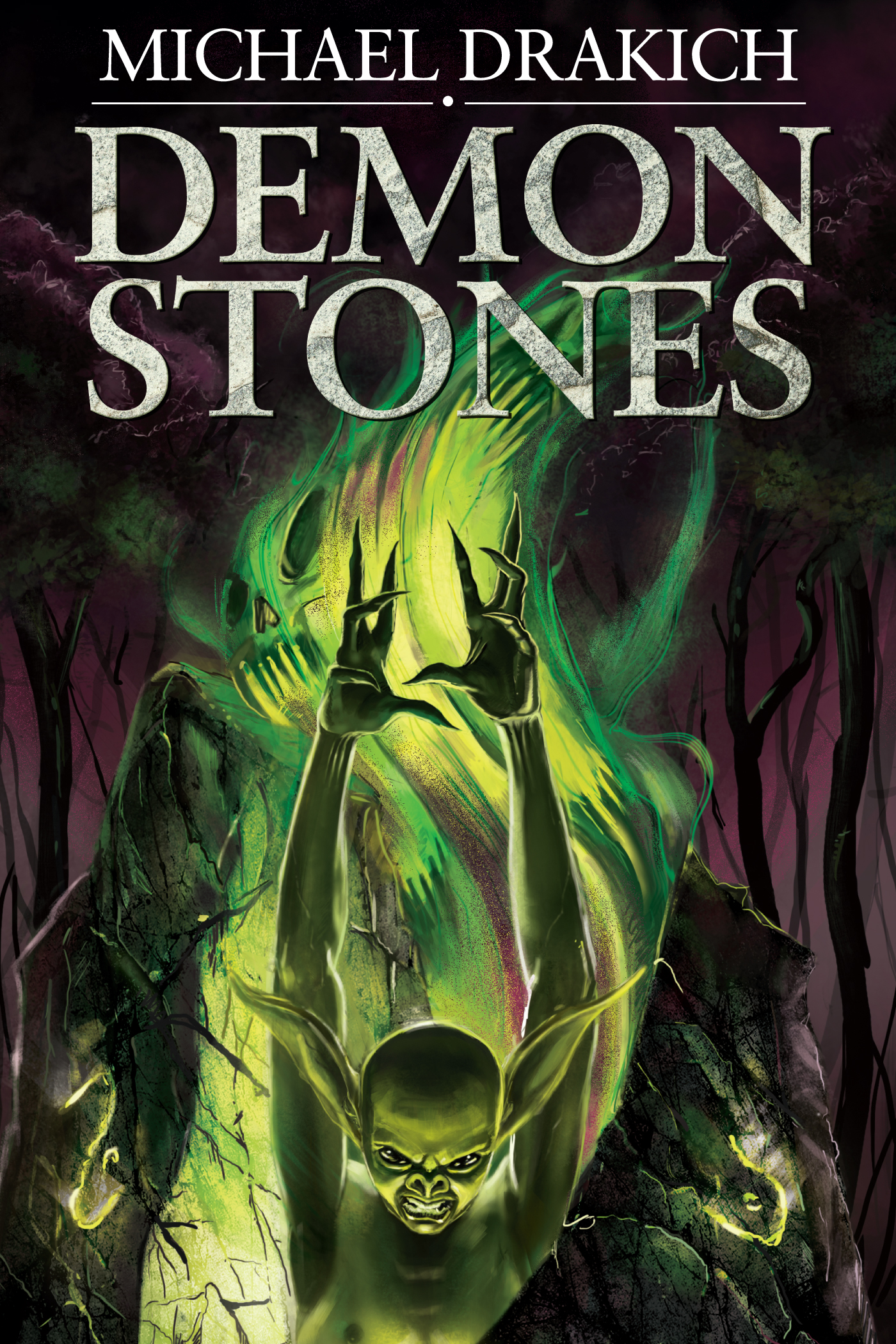 It’s been almost a hundred years since warlock meddling freed the demons from their underground domain. Their eventual capture has encased them in large stones across all the lands. They became known as the demon stones.Over time, the truth of their imprisonment devolved into legend and tales to frighten children.Now, the seven kingdoms are in upheaval. The demon stones are being opened and the vile creatures once more roam the land. War has broken open between realms as the fingers of accusation are pointed.Caught in the middle is Gar Murdach, a farm boy who recently passed the age of ascension of sixteen marking him as a man, and his younger sister, Darlee, as they both struggle in their separate ways to escape the horrors wrought by the demons and the war that swarms round them.


If I am perfectly honest, the beginning of the book really didn't have me hooked. I disliked the characters and thought that life was rather boring. It wasn't until at least a quarter of the way into the book where I really started to crave the chapters more and more.

Once I got into the book, I got a great description of each character that I could then interpret in my individual way. I began to really respect some characters and find depth in others, which at first seemed shallow and uncomplicated.

I really enjoyed how the plot thickened really nicely towards the end, following different character's endeavours  The great thing was that it wasn't too complicated that I got confused when swapping between characters but each 'thread' of the story had plenty of suspense and mystery to keep me guessing as to what was going to happen next.

I really liked how the females in the book were not portrayed as weak, but they were hardy and at sometimes (in my opinion) far braver and more heroic than some of the male characters. Darlee, Gar's sister and Silk turned out to be far more complex and tough characters than I first expected.

I did think that the book was slightly more male oriented, with lots of battle and fighting, however, I actually enjoyed this a lot more than I thought I would and in the end I was really feeling the suspense and I was keen to read on for another chapter...or two...or three.

I thought the writing style was great. A nice amount of slightly more complex vocabulary in parts but it was very understandable and quite addicting. The descriptions and emotions of characters were magnificent. I think Michael Drakich's writing deserves so much praise!

I really enjoyed the relationships between the characters. I really liked how they all tied in and your opinions on people's perspectives and loyalties were sometimes completely flipped. I loved this as it made the books unpredictable and kept me guessing throughout.

The factor I thought as the best thing about the book was how it was set in a totally new place. I loved that I could use the map at the front to see where the references were and it also left my imagination to do a lot!

My main criticism would be that I did think the book went on for a bit too long. At the beginning I wasn't very engaged and although I really got into it and became utterly hooked, especially at the end. I thought hat at times I was trudging through. The book was quite long and this may have been part of the challenge.

All in all, I thought the book was amazingly well written, with some good complex characters and a really textured plot. I recommend this book to anyone who loves fantasy or sci-fi, especially boys!