I was fortunate enough to be invited to guest post on Hebe's blog. What does she suggest I post about on an her awesomely-named blog, No Twerking Here Please? She suggested a cheeky self promotion! :-)

Wut the wut? I'm totally up to that task!

As Toby Keith says in his song, today we are talking about...ME! Woop! 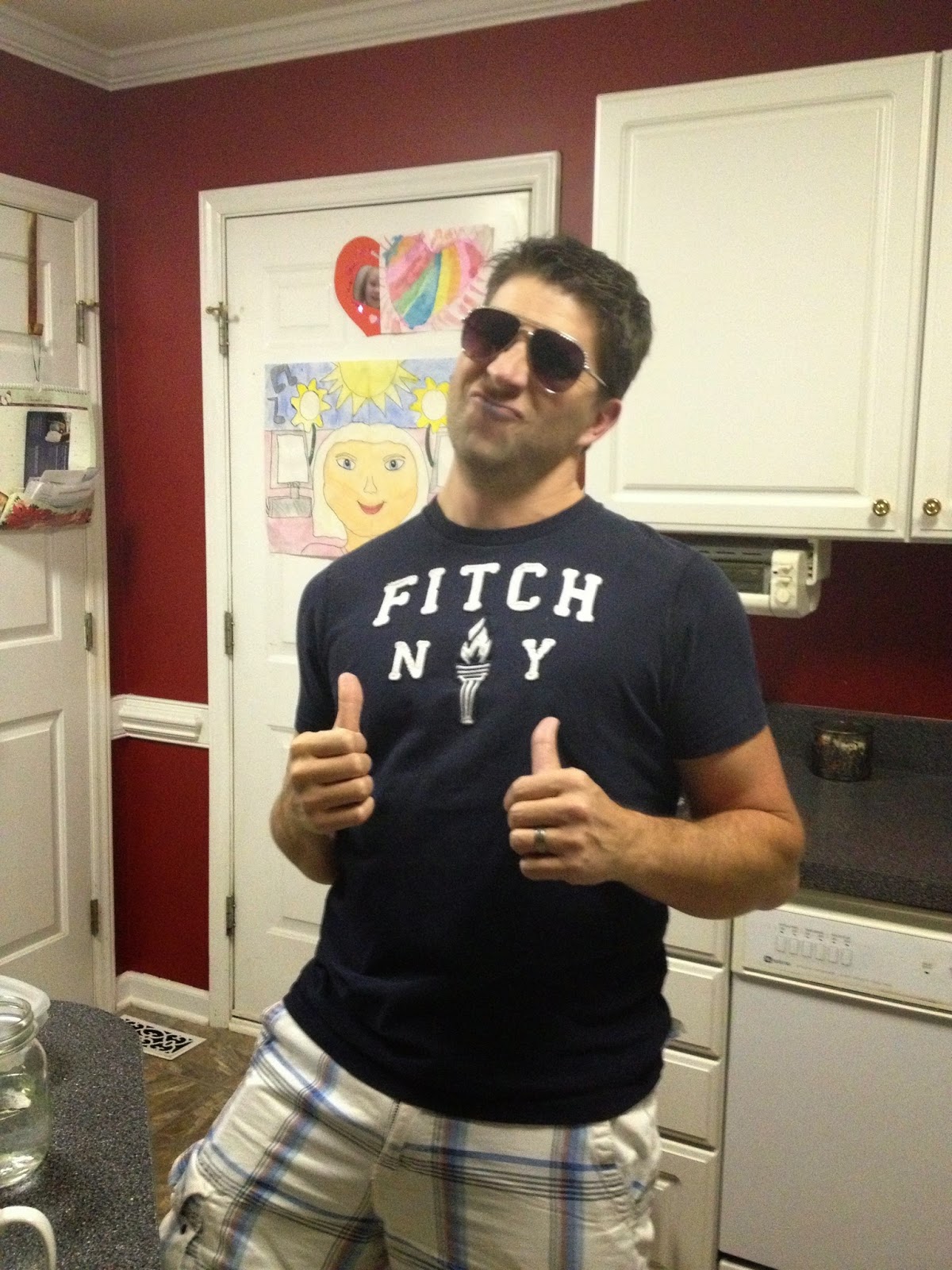 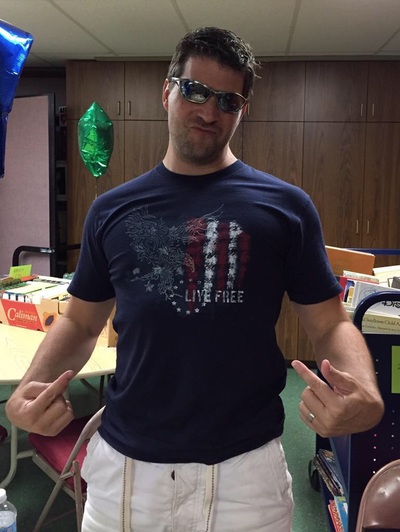 It is possible that I see myself playing many characters. In this instance, Sam Bradford from the book, 122 Rules.

What about the guy that always wanted to fly? Well, guess who's learned how!

Then there was the time that I had to go on a mission...

And the time that I got a call in the middle of the night to fill in for an astronaut...

Then there was the time that I went on tour...

But really, where is a superhero without a beautiful woman? Deek's got that too! Introducing the stunning, Erin Rhew! 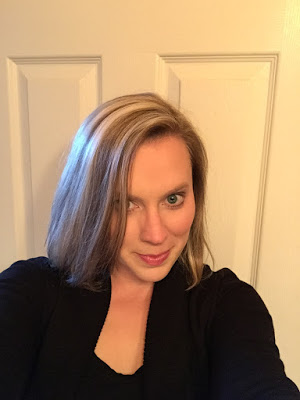 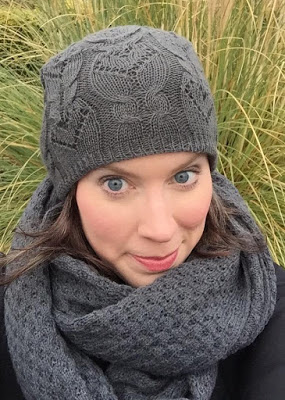 But behind that beautiful smile and bright blue eyes is a cunning warrior.
I give you her secret hero name: Ninja Girl! 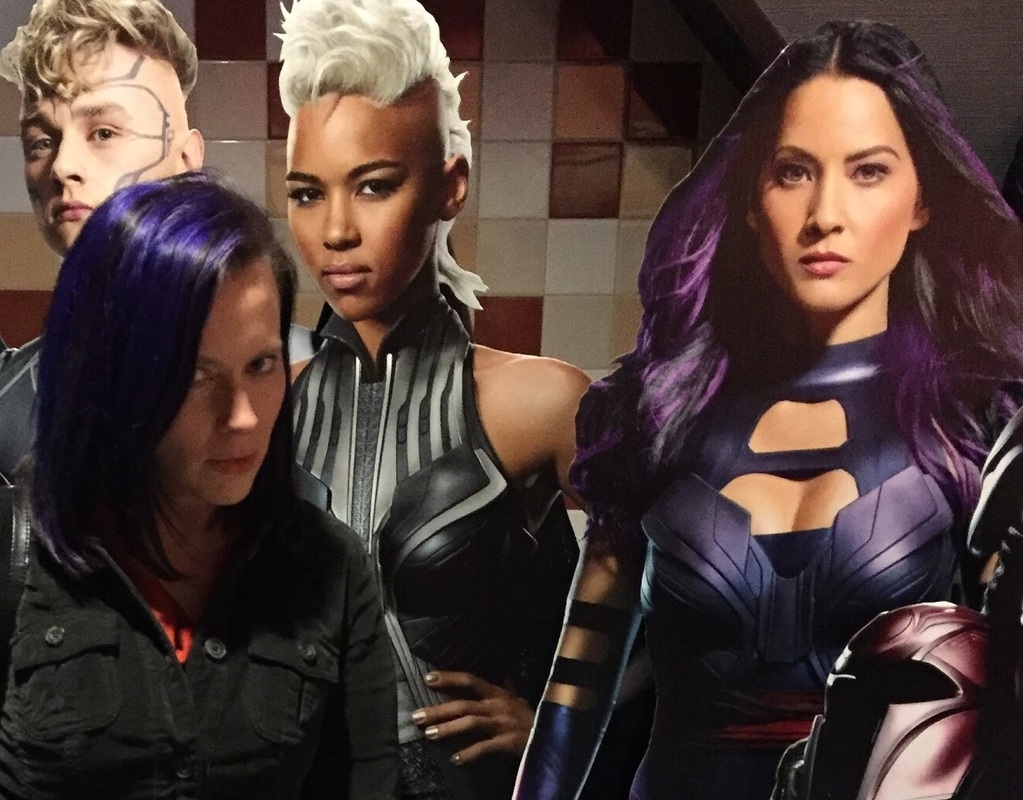 Fierce and courageous, she's as at home whacking a punching bag as she is a passive voice passage!
Wha-cha-cha!

Together, we are the Rhews with 'tude!

How's that for a catchy title? What a crazy adventure this has been FIVE years in the making, and it has finally arrive: 122 Rules has been born unto the world. The stories I could tell just so I could tell you this story...well, let's just say it's been an interesting, educational, and life-altering adventure.

This has been a grand journey, filled with hardships, fun, learning, and growth. But of all the things that have happened on the writing road, meeting the love of my life is the most unlikely and easily the luckiest, most blessed things to have ever happened to me.

Erin Rhew and I started out as critique partners, became friends, and now she's my bride. She's my best friend and partner in all things. Even if I don't sell a single copy of my writings, I'll always be a smashing success because I met Erin.

On this half of the Rhewination tour, I am visiting blogs all over the globe, from Australia to the farthest corners in Canada. Next week, on the second half of the tour, Erin will be gracing the pages of 50+ bloggers!

In addition, we are giving away a $50 Amazon gift card! Prepare yourselves to win!

Today, we are announcing my adult thriller novel, 122 Rules. 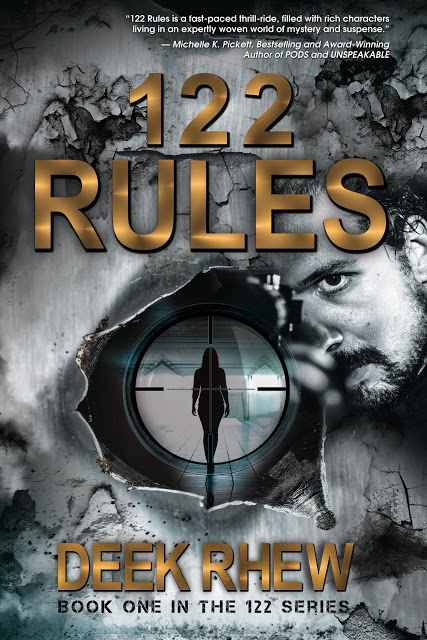 In his black and white world, Sam Bradford--former Marine turned government assassin--finally sees a speck of grey. He has always followed orders without question, but his latest assignment threatens to disrupt the precision of his universe and may either severe or redeem his last remaining sliver of humanity.

Using his mastery of the 122 Rules of Psychology, Sam hunts down everyone The Agency sends him to find and eliminates them. Just as he has his rifle scope focused on his latest victim, Monica Sable, a SoCal girl entangled with the mob, his long-dormant conscience reappears for a final performance...one last ditch effort to save the sinking ship of Sam’s soul. He’s killed innocents before, but tarries on pulling the trigger this time.

When Monica escapes his crosshairs and fumbles her way across the country in a pathetic attempt to elude capture, Sam gives chase. But he’s not the only one after her. Ruthless henchmen, hired by the mob, froth like bloodhounds and nip at Monica’s heels. Now Sam is faced with a choice: turn his back on the rules and jeopardize his way of life by helping her or join the pack and rip her to shreds.

What are readers saying?

122 Rules is a fast-paced thrill-ride, filled with rich characters living in an expertly woven world of mystery and suspense. Deek Rhew’s debut novel will take readers by storm, and keep them coming back for sequels.

The perfect, fast-paced novel for fans of kick-butt heroines, creepy killers, and getting caught in the wrong place at the wrong time. An absolute must-read!

~Meradeth Houston, author of Travelers, An Absence of Light, and the Sary Society Series

While you're on Deek's site check out Birth of an American Gigolo.

Synopsis
An old party girl shoehorned into domestic divaship, infuriated by her husband's cheating and his holier-than-thou, tree-hugging, no-tits and no-hips girlfriend, inflicts her wrath by training a local boy in the fine art of seduction. She and her new boy toy turned love god start a gigolo business as a distraction for the neglected and mistreated housewives of Alabaster Cove.

Take a selfie with your ebook or paper copy of Birth and post it on social media with the tag #BirthSelfie. We'll post you on the Rhewination web site!


Deek Rhew
Deek lives in a rainy pocket in the Pacific Northwest with the stunning YA author bride, Erin Rhew, and their writing assistant, a fat tabby named Trinity. They enjoy lingering in the mornings, and often late into the night, caught up Erin’s fantastic fantasy worlds of noble princes and knights and entwined in Deek’s dark underworld of the FBI and drug lords.
He and Erin love to share books by reading aloud to one another. In addition, they enjoy spending time with friends, running, boxing, lifting weights, and exploring the little town--with antique shops and bakeries--they call home.

For the latest and greatest, visit his web page:
www.DeekRhewBooks.com

Next week be on the lookout for Erin's:
The Fulfillment Series Blitz Extravaganza!


Erin Rhew is an editor, a running coach, and the author of The Fulfillment Series. Since she picked up Morris the Moose Goes to School at age four, she has been infatuated with the written
word. She went on to work as a grammar and writing tutor in college and is still teased by her family and friends for being a member of the "Grammar Police."

A Southern girl by blood and birth, Erin now lives in a rainy pocket of the Pacific Northwest with the amazingly talented (and totally handsome) writer Deek Rhew and their “overly fluffy,” patient-as-a-saint writing assistant, a tabby cat named Trinity. She and Deek enjoy reading aloud to one another, running, lifting, boxing, eating chocolate, and writing side-by-side.

For the latest and greatest, visit her web page:
www.ErinRhewBooks.com


Are you ready to win?!!! Enter the Rhewination, Rhews on Tour Giveaway!

Authors, do you think the artwork for The Prophecy, The Outlanders, The Fulfillment, Birth of an American Gigolo, and 122 Rules is as stunning as we do? Visit Race-Point.com to find out how you can get the amazing Anita to work on your book as well!

Just a quick side note from me, Hebe, to finish off... can we all just take a second to appreciate what is possibly the best guest feature I have ever had the pleasure of posting! I hope you all enjoyed it as much as I did and snorted copious amounts of tea through laughter as I also managed to do...I implore all of you to check out Deek and his lovely wife Erin (as well as their equally awesome books), who will be featuring yet again in a later guest post to come :)
Happy Reading,
Hebe x