Book Review | Falling into you 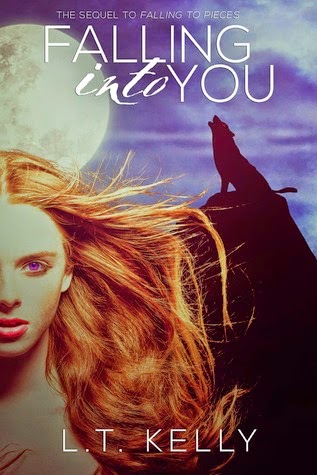 Title: Falling into you

Series: The final book in the falling duo

Marc Romano disappeared without a trace into the darkness. His lover became overwhelmed with grief in her loss. But her grief takes on a much more murderous form than most, for Teagan Lewis is a vampire. Now her heartache is taking her further from the woman she once was, and she realises she must snap out of her monstrous habits and discover the way back to her old self. But how?
Ending their trip around Europe, Teagan and her friend Alex head back to New York. Teagan has the full intention of carrying out a dangerous plan here; not just physically dangerous, but emotionally as well. How will she be able to resist the irresistible? And what of the new rival, Ivan Lenin? He threatens her her life and the lives of everyone she loves. The only people that can help her are her sworn enemy and an ancient stranger. Will they assist her?
How will Teagan Lewis face the demons of her past and try to find happiness? Will she stay and fight or will she run from the things she must face in order to finally be at peace? Mistakes will be made. People will die. The time has come...

Firstly, if you read my review on the first book of the series 'falling to pieces' you may notice that my rating for the book has bumped up to a 3.5 stars. I have to say that I enjoyed this book a whole lot more to the first one: the writing continued to be fluent and somewhat beautiful, and I felt that I gained a lot more insight into the characters in this book than I did in the first one.

In this book, I found that the plot was more rounded and developed than 'falling to pieces' and I began to appriciate the characters, especially Teagan, a whole lot more. I found Teagan a little bit selfish and that annoyed me. But I think in this sequel, you get to see that Teagan is really a spirited, brave and driven young woman.

I loved the aspect of history and myth that was introduced into this book and the very different theories L.T Kelly made about the beginnings of the vampires as a race. I have read a lot of vampire fiction, as I love fantasy and stories revolving around myths and legends so I found this twist on any previous ideas very interesting.

Another small, yet significant touch I enjoyed was a song was dedicated to each chapter. They were all songs I knew and I found as I finished each chapter I linked the songs with the events easily. I really liked this and thought it was quite original.

I am a bit of a hopeless romantic, and where as I thought that the romance in 'Falling to pieces' was a very strong and powerful element. The romance in this book was...wow! One minute I was telling teagan offer liking somebody and the next I was applauding her for liking somebody else... etcetera, etcetera.

I found I was really quite gripped by this story...the romance, the huge closeness developed with the characters, the beautiful language used (If I may, I would like to applaud L.T Kelly for using my favourite word: Plethora, on a few occasions.) and the ending was pretty perfect.

The book caused many strong emotions to be stirred in me and I think especially, finding out more about Teagan's mysterious past was one of the things that made me enjoy the book so much. I found that by knowing her story and the reasons for her actions she became easier to like and understand.

Ah, here comes the bit where I tell you the reasons for my ratings... Although, I liked this book more than the first one, I found that I didn't quite have time to bond and get to know certain characters. I think the book had the capability of pulling strong emotions out of me, but with a great book, I always find that once it's done I feel tearful because it's over and I crave more. With this book I didn't quite get that feeling. Although there were some sad moments, I wasn't compelled to shed any tears and I think this was because some characters needed to be given more time to become tear worthy. I know this sounds a little vague, but if you read it, I think you might know what I'm trying to convey.

Vampire fiction lovers, I suggest you get reading!