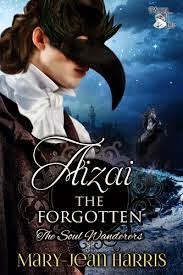 Publisher: Muse it up publishing


With an otherworldly horse borrowed from an astrologer, and armed with a strange magical device, seventeen-year-old Wolfdon Pellegrin sets off through seventeenth-century France and Spain to fulfill his dream of finding the forgotten realm of Aizai.One obscure book, by the philosopher Paulo de la Costa Santamiguero, has given him a lead to start his journey—go to the northern coast of Spain, where a portal to Aizai supposedly exists.Though death and danger loom ever near, nothing can dim the longing for Aizai kindling within Wolfdon’s heart. Yet even as he strives to discover the mysterious realm’s secrets and fate, a frightening truth becomes clear—one that may cost Wolfdon everything, including the future.

Ok, for those of you who looked straight at the rating and thought 'Oh, this must be a bad book.' you are mistaken! I can so easily see this book as being a favourite for some people and I've already recommended it to my Dad, who I know will love it. The problem was that it just wasn't my kind of book, I suppose. However, there were a lot of positives that I can happily share.

The best thing a bout Aizai the forgotten was the writing style. I absolutely adored it. Some of the imagery was terrifically beautiful, there character's descriptions and the fluidity of the style was simply wonderful. The language wasn't too complex so that I was lost in the words and therefore uninterested by it, but it was still not patronisingly simple, which was perfect.

I also liked the plot, I thought it was well structured and nothing was ever predictable. The only issue I found was that, at the beginning especially, I wasn't very hooked. Unfortunately I found it quite hard to get into but towards the end I was far more excited and the reading became easier.

I thought that the characters were portrayed excellently, the descriptions (as I mentioned before) were wonderful and I loved all the individual characters and the contrasts between them all, as well as the similarities.

I really liked Wolfdon, the main character and other characters that emerged as the story went on. I thought they were well developed and interesting in their own ways.

I also thought that the book was more interesting because it was unlike other fantasy books i've read before. The world and the magic involved was intriguing and I thought this was a good element to the book.

The main problem that I found over all was that mainly that I wasn't really gripped but also  because I must say, especially at the beginning I was too confused. I say too confused because I often enjoy books where you don't really understand what's happening but gradually things become clear. Here, it seemed to me that Mary-Jean Harris had researched and planned the book wonderfully, but because of this I thought I was missing out on something. I felt like I was already supposed to know what Aizai was and what other things such as a 'wert' were. This may just be me being ignorant, but I felt like I wasn't 'clued up' as to what was going on.

I felt that the beginning of the book lacked momentum, if I'm honest. Towards the end I was more gripped and felt some excitement as the action crescendoed, but I felt like it dragged along a bit.

I really think that this book is a matter of taste. I can see so many people loving it, which is why I've already recommended it, but for me, it takes a lot of action and suspension to get me hooked. I recommend Aizai the forgotten to fantasy lovers, especially historical fantasy lovers!